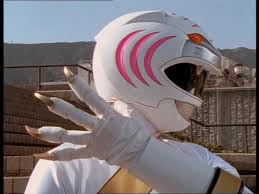 Here it is: my first blog-post to begin with a disclaimer.  I love my friends.  It doesn’t matter if I haven’t seen them in years and I’m mostly just a part of their facebook landscapes.  I find them smart and good and kind.  In my horribly flawed way, I want to reflect the same qualities back at them.  And with that, I hope what I write below will, as my wise friend Debbie says, “be taken in the spirit in which it was intended.”  I don’t mean any harm. I don’t think any less of anyone. I’d just like to share a different perspective.

Now I’ll blurt it out: I can’t take much more of this recent, popular video clip.

It’s a speech given by Jessica Rey (yes, the actress who plays the White Power Ranger on the kids’ TV show).  She heads a company selling swimsuits to women who want a bit more fabric in their swimwear than most mainstream clothing manufacturers offer.  It’s not the sales pitch in her speech that bothers me.  And I take no issue with Rey’s personal desire to dress modestly or her efforts to make modest clothing more available to consumers.  For many reasons, I also prefer clothes that cover my torso and I know how limited my options are when it comes to shopping for clothes, especially swimsuits.  I’ll even take it a step further and say I believe we’d all enjoy a healthier, happier, more egalitarian world if we’d reserve some of our loveliness for home use only.  Rey and I and all my friends who re-posted this video clip are on the same team.  Go Go Modesty Rangers!

But I still do not like this speech.  Rey does manage to make some good points.  However, she spends much of her time on stage mentioning (I won’t say “citing” because no attempts at citation except dropping the name of an Ivy League university are ever made) conclusions she’s derived from studies done on men’s neurological reactions to viewing images of women in scanty clothing.  She says researchers found that viewing these images lit up the same areas of the male brain used when looking at objects like tools.  The men appear to be relating to the women as objects rather than connecting with them as human beings.

Let’s set aside controversies over these kinds of studies and take the research and Rey’s analysis at face value.  It looks like men have a problem. Men dehumanize women when prompted by immodest clothing.  The suggestion that women and girls could help men deal with this problem is a good suggestion.  After all, there’s not really any such thing as a male problem or a female problem.  Every problem is a HUMAN problem.  And in light of that, the solution to the human problem of men objectifying women cannot be simply to keep women’s bodies covered.  It must also be to change the way men think about us.  Women can’t fix this for men.  We can help.  But men need to work at it too instead of denying their part in favour of blaming us.

Another thing that bothers me about arguments like Rey’s is the implication that if something can be registered on a brain scan, then we’re dealing with a “natural,” inescapable fact of life and we’re all powerless to change it.  We’re stuck with it.  We’re helpless and the best we can do is to lower our expectations of each other.  It astonishes me, over and over again, how often these “natural” neurological effects appear to excuse bad male behaviours.  It’s plain old neurosexism.

In reality, the physical and electrical landscapes of our brains can change and develop over our lifespans in response to the behaviours in which we choose – choo-choo-choose – to indulge.  In other words, it’s impossible to tell if men’s brains react to women in scanty clothing as objects because men are born that way or if they have this reaction because, over time, men have trained their brains to file us in the same mental drawer as screwdrivers.  Maybe they’ve permitted this to happen.  They may have even nurtured it into being.  The mere fact that a phenomenon is visible in a scan doesn’t tell us nearly as much about its source as some of us would like to believe.

Immodest clothing may be muttered as an excuse for disrespecting or even assaulting women.  But I challenge anyone to name a time in history when men have not objectified women and reduced them to sexual props.  It doesn’t matter what the clothing customs of the day were, every culture has struggled to keep women safe from abuse and assault.  It’s more evidence that what makes objectification such an enduring problem aren’t the clothes women choose but the terrible choices made by the men around them.  In our imperfect world, clothing may be a factor but it is not a cause.  Male will is the cause.

I’m currently raising a family of boys.  I don’t have a daughter to take swimsuit shopping.  However, I do have sons who need to be schooled in how to see women and girls.  They live in a home where their baby brothers were breastfed, demonstrating the true purpose of breasts.  They need to be taught about equality and their personal responsibility to meet every other human with respect.  They need to be decisively corrected when they do or say something sexist. They need a loving but socially subordinate relationship with a woman to whom they can have no sexual connection at all — that’s me.

Any efforts women make to dress modestly are helpful as I try to teach my kids to see women as more than sexual objects.  But it’s all secondary to the real solution.  The change needed to correct problems like the ones Rey talks about must happen at the source of the issue: in the socially moulded minds of boys and men.

Maybe Jessica Rey meant to say all of this but got distracted promoting her business and ran out of time.  I sure hope so.  Here’s what I want instead of speeches like hers:  I WANT US TO STOP TALKING ABOUT MODESTY ONLY IN TERMS OF MALE SEXUAL RESPONSE.

Yes, this includes slogans like “Modest is Hottest!” whether it’s used as a cheeky catchphrase or as the trade-name of merchants admonishing us to “show you are hot, but don’t show a lot!”  As I understand it, using the adjective “hot” to describe a person’s physical appearance originally referred to specific physiological responses including raised heart-rate and increased blood-flow in another person.  Increased blood-flow – there’s an eight-letter “e” word for that and it’s not always a good thing to elicit in someone else.  It seems even the backlash against scanty women’s clothing hasn’t extricated itself from a fixation with male arousal.  Whether it’s done by showing skin or not, emphasizing how important it is for women to be “hot” is part of the problem.

Modesty has benefits other than “hotness” and these are the ones we ought to be teaching girls.  We can still talk about male responses but we ought to present them as male problems, not the results of shortcomings of women.  We can present modest dressing as something generous that helps men improve themselves instead of making it into a responsibility we bear alone.  Modesty is a good choice because it can be a sign of a woman’s confidence in her mind, strength, and character.  It throws down the crutch of physical allurement and meets men on their own terms.  It can be a sign of the respect we feel for ourselves and demand from others.  It’s comfortable.  And it makes the sight of the parts we keep hidden more scarce and, thereby, more valuable and meaningful when we do choose to expose them.  Modesty preserves our social power including – but not only – our sexual power.