This 25 year old mother of two is me. Lazy butt had written precisely zero novels.

Enough people have asked how I managed to write two novels while at home with my kids that I thought I’d better craft an answer a little more thoughtful than “by being a crap mother.” Here it is, some very honest and probably very bad advice on how to launch a writing career while masterminding a large, young household.

And that is the awful truth of how I do it. 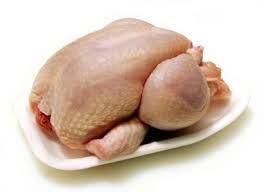 My husband got me chocolates just like I ordered for Valentines Day today. And, by playing muse to my novel’s “Brigs,” he also indirectly got me this: a recommendation from the Edmonton Public Library’s “Great Stuff” curator, Diego Ibarra. See?

Really needed that today.  Thanks, fellas.

I wrote a novel about marriage.  It’s a novel, not a manual.  It’s meant to start conversations about love and relationships, not necessarily to resolve them.  Recently, I had one such conversation.  It was a discussion about whether the marriage I wrote is truly a happy one.  Would my main characters actually love each other if they had to live in the real world?

My position, of course, is that they would.  Most of my reviewers agree — but not all of them.

I’m not a marriage counselor.  When I’m writing, my job is not to lecture but to describe what I see in life and in my imagination.  That’s where the marriage I wrote came from – not from relationship theories but from inspiration found in things I’ve seen, heard, felt, and (as one reviewer pointed out) smelled.  And, since this is the Internet, I’ll write some of what I see in happy marriages in a list.  Maybe everyone’s list would be different.  But this list is mine – and ya won’t find anything on it about toothpaste caps or crapping with the bathroom door open.

Quick Disclaimer: I’m speaking of marriages where both partners are fairly healthy emotionally and socially.  I don’t mean situations of abuse or flagrant craziness where self-preservation demands a different list entirely.

1)      It’s Not Dating.  And thank goodness.  During his dating days, I had a miserable conversation with one of my brothers.  He didn’t want to live alone but at the same time he was worried marriage meant being trapped in a never-ending date – having to keep up a stream of witty conversation, fussing over the etiquette of opening car doors or not, orchestrating lavish events – all those company manners stretching on and on until someone in the couple mercifully dies and the other can relax.  Married people can go on dates but we are not dating.  Even if we aren’t holding hands at the movies every night, romantic moments can arise out of daily life – moments much more natural and genuinely loving than stunts copied out of hackneyed, soap-opera-inspired cultural scripts.

2)      It Maintains Physical Contact.  Look, it’s hard to stay mad at someone when she’s sitting in your lap.  The power of physical affection shouldn’t be underestimated.  Between people who love each other, it can take the edge off just about anything.  It can change fighting into flirting.  And it’s easy to use.  Slather it on.

3)      It’s Generous With the Benefit of the Doubt.  Everyone makes mistakes.  In a good marriage, mistakes are handled by thinking, “There is no way he meant that to sound so awful.  We must be missing something.”  When attributing motives to a spouse, it’s best to use a deductive approach – one that begins with the premise that the loved-one truly loves us.  From there, we assume the most basic motive is love.  We may be clumsy and unsuccessful in showing love but we try to see it underlying behaviours anyway.  We use humor and affection and warm, open communication to let partners know when there’s a glitch. We also use tenderness.  Frankness is not always a virtue.  Sometimes, it’s just laziness, malice, and thoughtlessness dressed up in a goofy costume made of 1970s self-help mystique.  Ironically, frankness can sometimes foster more misunderstanding especially when an issue calls for slow, delicate defusing to keep it from detonating and devastating the relationship.

4)      It Doesn’t Keep Score.  A good marriage has no tally sheet.  It doesn’t worry about “love banks” or throw down rules about how love must be proven or earned.  Marriage isn’t a corporation.  Instead of keeping balance sheets weighing good deeds against bad behaviours it just forgives and forgives and forgives.  It’s like a soccer game for 5-year-olds.  Try your best, have fun, concentrate on teamwork, forget the score, and it’s okay if everyone wins.

5)      It’s Not Preoccupied With Boundaries.  Individuality is the human condition, okay?  We’re all different and separate from one another.  Nothing anyone tries to do to us can change that.  For a romantic sap like me, the greatest challenge of our lives – including our married lives – isn’t to find ourselves but to find someone else and make them as much a part of ourselves as possible.  Marriage is one of those transcendent paradoxes about losing ourselves in order to find ourselves.

6)      It’s Open to Miracles.  This item on the list is important enough for me to break the Internet convention of limiting lists to five points.  Like I’ve said before, I don’t really know what makes marriage work.  It just does.  I have a good one.  Without much effort, I’ve been happily married to the same man for eighteen years.  But it’s not because we’re any better or smarter than anyone else.  There’s got to be a lot of luck – or something like it – involved.  A good marriage is not unlike a miracle.  And a miracle, by definition, demands faith that something unlikely can actually happen.  So believe in marriage.  Hope in marriage.  On many levels, marriage in the twenty-first century doesn’t make much sense.  But here we are.