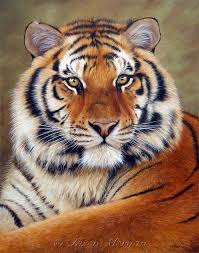 I have never actually touched an issue of Tiger Beat magazine – or anything like it.  Even though I was a teenage girl in the days of New Kids on the Block and the Corey phenomenon, I was never into the boy-idol scene.  At the time, it all just seemed totally embarrassing – totally.

But that was before I started raising boys of my own.

Years before I had any kids, I already knew I would try my best to raise them as feminists.  Since it was a decision about my own behavior, it was a promise I could keep and control.  What I couldn’t control was my kids’ genders.  All of my children turned out to be boys.  The utter lack of peer females in our family makes teaching feminism more challenging than I expected.  At the same time, living with my boys has come with some surprising lessons for me about my own feminism.  I’ve found I learn how to be a better girl by raising my boys.

But it doesn’t always happen easily.  I need help.  And sometimes it comes from unlikely places – like East Asian pop-culture.

One night, when the boys were away learning manly things, camping at a mountain lake with their father, I was left alone, wandering through the Internet when I stumbled across this.  This was Super Junior – a staple of the recent East Asian boy-band movement.  It was spectacular and surreal and staggering — thirteen young South Korean men dressed up, made up, dancing, singing and posing while I sat transfixed, half a world away.  At the time, I couldn’t understand a word of anything they said – not even their English.  But that just made the group more charming.  Where the Coreys had failed, Super Junior succeeded.  I was an instant fan – an Anglo-Ahjumma.

When my menfolk got back from the wilderness, I didn’t show them what I’d discovered right away.  I guess I was a bit embarrassed.  Eventually, I showed them anyway.  And their reactions surprised me.

Based on the boy-band trash-talk of the male peers of my youth, I expected my family to hate Super Junior.  I expected to hear echoes of the hostile jealousy of male journalists who still write scathing critiques of boy-bands – rants about not playing their own musical instruments or writing their own songs, gravely benevolent warnings about how their charm is actually a corporate tool meant to exploit the hopes of real girls.  But that wasn’t how my boys reacted at all.  Instead, they seemed just as delighted with Super Junior as I was.

After watching the “Mr. Simple” music video a few times, my husband pleased the heck out of me by announcing it was time for each of us to pick our favourite group member.  Most of our boys chose Eunhyuk.  He’s the one with his hair dyed blonde, like theirs.  He’s the lead dancer who stands at the front of the formation doing tricks.  My husband chose Siwon, the one who comes across as masculine and powerful.  And my favourite was Heechul, the one heckling the rest of the group, being careful not to be caught trying too hard.  I found out later he’s also the one most likely to perform dressed as a woman – a very pretty woman.

Even when not in drag, there is an androgynous quality to all the group members – Siwon’s formidable eyebrows notwithstanding.  Their features are clean and delicate and enhanced with plenty of guy-liner.  Their hair is long and perfect and does not grow out of anywhere but their brows and scalps.  Their outfits are tailored and generously embellished with fancy accessories.

And we all loved it.  There was no shame in our enjoyment of it – no sense of competition, no stupid homophobic self-loathing.  There was just earnest admiration for the amazing show the young men and their stylists and producers put on for us.

The conventional wisdom of social theories about boy-bands usually talks about the pretty-boys as risk-free love objects we girls can cast in fantasy rehearsals of our earliest romantic relationship scripts.  I’ve always found this interpretation kind of sad and patronizing.  There might be some truth to it but I think it misses an important point – a point my heterosexual husband and teenaged sons demonstrated for me.  I could sense it in my own completely non-sexual fascination with the flower-boys too.  We didn’t choose our favourite Super Junior members based on characteristics we’d like to find in a romantic partner.  That wasn’t it at all.  We chose our favourites based on which members had characteristics we’d most like to see in ourselves.  My sons saw themselves in the hot-shot at the front.  My husband saw himself in the self-assured masterful one.  I saw myself in the bossy sophisticate.

Maybe our rationale can be extended to other boy-band fans – even the typical fan-girl who thinks she ought to be in love with them.  Maybe, on some level, she doesn’t admire the member she’d most want to date.  Instead, she might admire the one she’d most like to become.  Apart from being some pathetic attempt to prepare themselves for romance, maybe following a boy-band lets girls try on a male role – a fabulous one.  They’re reaching past the limits of their roles as girls – roles that are usually more constrictive when they’re young than at any other time.  They’re experimenting with being someone else, someone who is a boy.

Is that what male critics of boy-bands truly fear?  Are they afraid the gorgeous androgyny of boy-bands, the generous offering of their fabulousness, opens a breach in the brotherhood?  Maybe the biggest problem some men have with boy-bands has nothing to do with creative integrity or even with jealousy.  Maybe it’s that boy-bands are too dangerously easy for girls to relate to.  They make being a boy – looking like boys look, acting like boys act, controlling what boys control — seem like a role any of us could fill.

And who would want that?

Update: After reading this, a good friend of mine, the biggest Donnie Osmond fan I know, sent me a birthday present.  I am now the owner of a copy of Tiger Beat magazine dated September 1974.  The Tampax ads are spectacular.

Follow Jennifer Quist on WordPress.com
These are the china dishes and crystal glasses I got from my parents when they downsized. Not saving them for anything anymore. They are on the table. #covid19life #covidfood #covideats #notomorrow #nomicrowave